The Presidents Point Man on Healthcare

The Presidents Point Man on Healthcare

The knight exemplar of extractionary economics, corporate personhood, campaign finance, and crony capitalism all wrapped up into one neat bow. Some pundits are saying the 2020 campaign will be all about healthcare so don't worry, the Dems couldn't leverage even this guy's crooked past into winning in Florida. 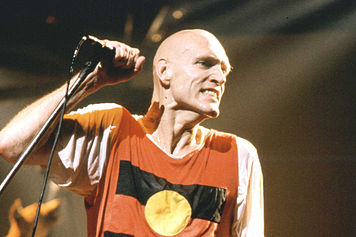 If by spectacular, he means a candidate who was at the helm of a company that pleaded guilty to historic efforts to defraud Medicare, the president has found his man. In the 1990s, Scott was the CEO of Columbia/HCA, a company that, under his direction, owned more than 340 hospitals, 135 surgery centers, and 550 home-health locations by the time Scott resigned in 1997. That year, federal agents announced an investigation into whether or not the company defrauded Medicare and Medicaid on a massive scale. Turns out, they did: According to Politifact’s summary of the settlement Columbia/HCA made with the Justice Department, the company took the following actions while Scott was CEO:

Columbia billed Medicare, Medicaid, and other federal programs for tests that were not necessary or ordered by physicians;
The company attached false diagnosis codes to patient records to increase reimbursement to the hospitals;
The company illegally claimed non-reimbursable marketing and advertising costs as community education;
Columbia billed the government for home health-care visits for patients who did not qualify to receive them.
As part of the settlement, Columbia/HCA agreed to plead guilty to 14 corporate felonies — charges that involve financial penalties, but no jail time. (Corporations are people, but they cannot be sent to prison.) Over two settlement rounds, Columbia/HCA wound up paying the government $1.7 billion in criminal fines, civil damages, and penalties, in what the Justice Department called “the largest health-care fraud case in U.S. history.