Are we getting a clear picture now of the Big Sky conference race? I certainly hope so, but one has to wonder, especially with EWU and Montana not exerting their dominance this late in the season. Instead the conference is stuck with the likes of NAU, Weber State and Southern Utah to carry the banner. So here we go. Here are this week's power rankings (last week in parenthesis). Still a lot of football to play.

1. Northern Arizona (1)---Last week beat Sacramento State at home 37-17, this week at Montana---Still no signs of a swoon on the Lumberjacks's part so far this season. They seem to be rolling over everyone that is in front of them. However, they go on the road this week into hostile territory.

2. Southern Utah (3)---Last week won at Northern Colorado 27-14, this week North Dakota at home---So maybe it wasn't quite the strong win the Thunderbirds were hoping for, but at this point a win on the road in the conference is a good win. They come home this week to pick on North Dakota.

3. Weber State (4)---Last week beat Montana at home 41-27, this week at Eastern Washington---No rest for the Wildcats now. After a somewhat impressive win last week, they have to hit the road and play another strong conference heavyweight this weekend. If anything, it should prepare them.

4. Eastern Washington (5)---Last week bye, this week Weber State at home---The week of rest could not come soon enough for the Eagles, especially coming down the stretch starting this weekend with Weber State at home. The Eagles have shown glimpses, they now have to produce.

5. Montana (2)---Last week lost at Weber State 41-27, this week Northern Arizona at home---The strong part of the schedule for the Grizzlies started with a loss on the road last weekend. Thankfully, they return home with a strong opponent coming to town.

6. Montana State (7)---Last week beat Idaho State at home 28-14, this week Kennesaw State (Big South) at home---After a tough conference win at home, the Bobcats take a break from conference play and birng in a good opponent from the Big South. They still need a win to stay playoff eligible.

7. Sacramento State (6)---Last week lost at Northern Arizona 37-17, this week Northern Colorado at home---The Hornets were hoping to take a big step forward this season with a good road win last weekend, but it didn't happen. They now get what should be an easy one this weekend.

8. Idaho State (8)---Last week lost at Montana State 28-14, this week UC-Davis at home---Having looked better than they have in recent memory, the Bengals gave all they had to get a win last week, only to come up short. They come home to maybe an easier opponent.

9. North Dakota (10)---Last week won at Portland State 48-21, this week at Southern Utah---Maybe the Hawks are finally beginning to gel, with all the injuries and such. Or maybe it is that they finally got a feel-good win on the road. Either way, they stay on the road this weekend.

10. UC-Davis (9)---Last week beat Cal Poly at home 31-28, this week at Idaho State---The Aggies have shown they can scare just about anyone, including their own fans. Running a bit hot and cold, they head out on the road this week for a tough showdown. A win would be great.

11. Northern Colorado (11)---Last week lost to Southern Utah at home 27-14, this week at Sacramento State---One week the Bears offense looks great, but they can't stop anyone. The next week the defense shuts down the opponent, yet the offense can't get on track. Which team will show up this weekend.

12. Cal Poly (13)---Last week lost at UC-Davis 31-28, this week Portland State at home---Again, so close and again, not quite for the Mustangs. Rallying for a chance at a nice road win, they just fall short of their goal. Still their best shot at a win has to be this weekend as they return home.

13. Portland State (12)---Last week lost to North Dakota at home 48-21, this week at Cal Poly---Things going from bad to worse for the Vikings. What seemed like their best shot at a win disappeared in a sea of miscues. They've got another good shot at a win, but they have to go on the road to get it.

Current weather forecast for Cheney Washington is calling for a high of 35 degrees and snow showers for Saturday... 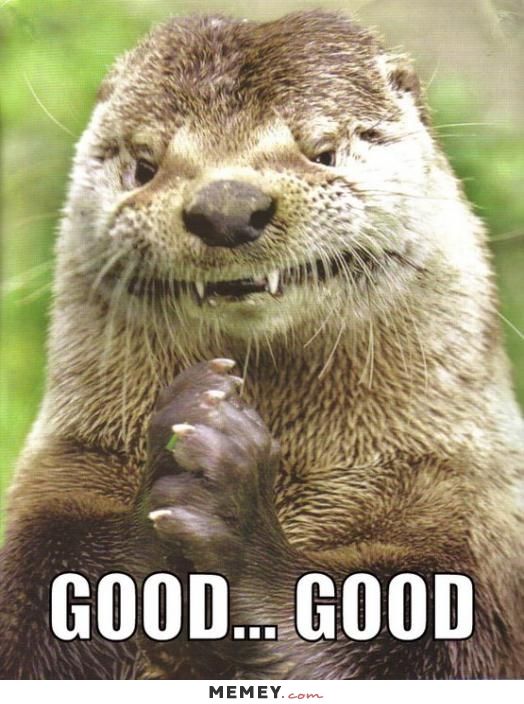 Thinking Bengals have a good shot at 5th win. Coach got a new 3 yr extension. Well deserved since he took over a week before spring practice.

Right now the precip is prior to game time with just an 11% chance during the game. Winds are predicted at 6-8 mph.

Right now the precip is prior to game time with just an 11% chance during the game. Winds are predicted at 6-8 mph.

Meh, don't need em. Weber can win without them.

I have a hard time with the idea of TWO teams leapfrogging a winning team in the top spot....

SuperHornet's Athletics Hall of Fame includes Jacksonville State kicker Ashley Martin, the first girl to score in a Division I football game. She kicked 3 PATs in a 2001 game for J-State.
Top

SuperHornet wrote:I have a hard time with the idea of TWO teams leapfrogging a winning team in the top spot....

Weather won't be a factor, IMO. TO's will.

Weather won't be a factor, IMO. TO's will.


If Eastern has to run to move the ball its Weber's game to lose. Weber makes a living at making teams pass to beat them.