Someone yesterday posted that on the JMU board. Well done, except that hand stuff the guy did at the end was really dorky.

JMU beat writer is really good (we've had some in the past that really sucked)..

Someone yesterday posted that on the JMU board. Well done, except that hand stuff the guy did at the end was really dorky.

JMU beat writer is really good (we've had some in the past that really sucked)..

Well he does kinda look like a dork, but he does do a good job with his videos.

The 24 straight wins is the 2nd longest in I-AA history. I think NDSU has the longest at 33 from 2012-14. Highly likely JMU's ends somewhere between 24 to 27. If JMU wins the NC (I'd put the odds now about the same as NDSU, who has an easier road) as 1 in 3, JMU opens next season (after ton of senior losses) at NC State..
BLM: Burning Looting Marxists
Top

Apparently Weber flew in yesterday and did some sightseeing in DC today. I hope they did lots of sightseeing..

https://twitter.com/weberstatefb/status ... 4560960513
Seriously its pretty cool they got to see stuff, esp Arlington National Cemetary. I'm sure for a lot of their kids it was the 1st time to DC. Some of them won't get another another opportunity to come for years, decades, or may never..
BLM: Burning Looting Marxists
Top

Flippin' weak. Your mom is fat.

Everything is better with SeattleGriz
Top

Flippin' weak. Your mom is fat.

Averages about 22 yards a play, longest catch was 67 yards.

Could even have less than the announced 15,646 for last year's Fri night televised ESPN2 qtr final vs SHSU because most JMU fans are assuming a win tonight and hosting next weekend, likely Fri night. For some of them that can't get off work early 2 Fridays in a row, they're skipping this game and hoping for a semi final game..Suspect it will be a later arriving crowd. I wouldn't be surprised with only 10k at kickoff and less than 15k peak by 2nd qtr. Sucks..
BLM: Burning Looting Marxists
Top

Pulling for Weebs and the Big Sky!

Cujo wrote:Pulling for Weebs and the Big Sky!

If NDSU makes it to Frisco, would like another chance at JMU, but still going to root for the non ECB team.

Hope Weebs are wearing their magic underwear, they're going to need it.
Top

Grizalltheway wrote:Hope Weebs are wearing their magic underwear, they're going to need it.

Weber is a state school. The Establishment Clause prevents their donning of said magic underwear.

JMU copying the Montana gameplan. 7-0 Weber after returning an INT inside the 5.
Top

JMU shreds Weber on the ground to answer. 7-7
Top

ESPN really needs to get the mic away from the drunk they have it placed by. Really making JMU look even worse than it already is.

Some unintelligible rant about the ACC after the interference on the punt returner penalty. Not sure where he was going there.
Top

Terrible spot by the officials. That was a first down for Weber. 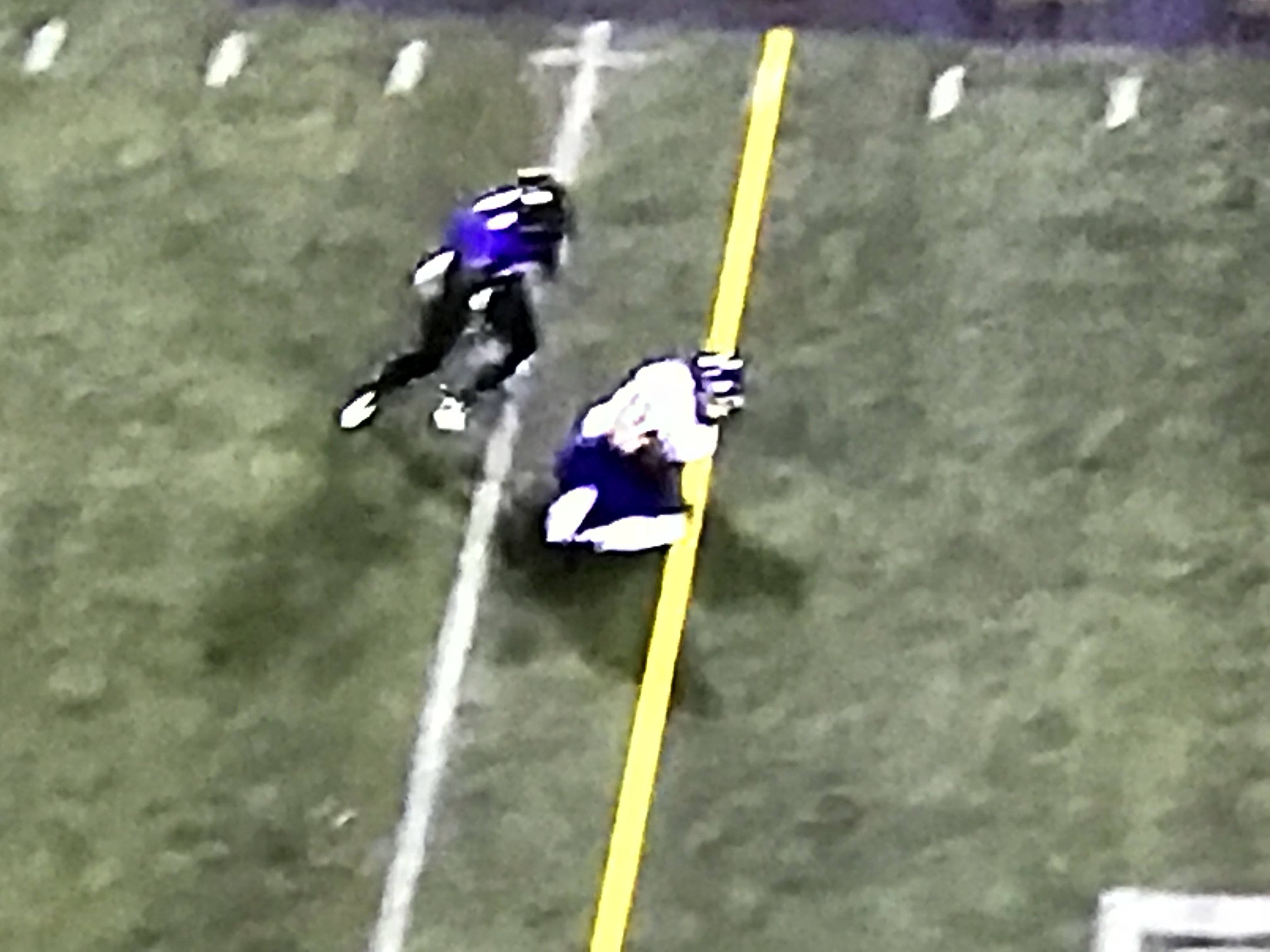