2018 (Sophomore): Played in 10 of the team’s 11 games as a defensive substitution and on special teams, missing the Gardner-Webb game with a hand/wrist injury … Finished the year with nine total hits including three solo stops … Recorded two tackles including a solo stop at Mercer (Oct. 20) … Posted a career-high four tackles in the triple-overtime thriller at ETSU (Oct. 27).

2017 (Freshman): Saw action in all 12 of the team's games as a defensive substitution and on special teams ... Made his collegiate debut in the road game at Hawai'i (Sept. 2) ... Finished the year with five total tackles including two solo stops ... Recorded his first collegiate tackle in the home-opener against Davidson (Sept. 9) ... Credited with a then career-high two tackles - both assists - against nationally-ranked Wofford (Oct. 7) on the road.

Prior to Western Carolina: Three-year letter winner who finished with a school-record 366 career tackles including six sacks, recording 133 stops as a senior ... Also stepped in at running back as a senior, adding over 800 yards rushing and 15 touchdowns on the ground in his final season to earn the Denver Weekly Two-Way Player of the Year honor and All-Gazette accolades ... Collected Southern District-7 all-conference plaudits and SD-7 Defensive Player of the Year honors as a junior after finishing with 123 tackles including a school-record 26 tackles for loss and a career-best five interceptions ... Earned the Newcomer Award on the North Carolina State Championship team as a sophomore ... High school head coach was Mike Byus ... Also played baseball as a prep where he hit .292 with 26 runs scored, 22 RBI, and six extra-base hits as a junior, collecting all-conference accolades. 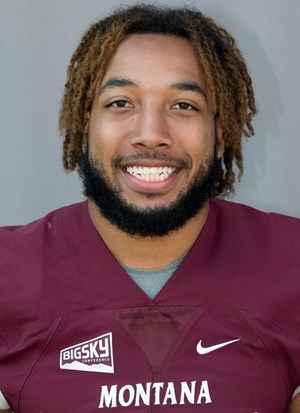