2018 (Freshman): Played in all 11 of the team’s games, making seven starts in the defensive secondary … Finished sixth on the team with 45 total tackles including 31 solo stops and five tackles for loss while also being credited with forcing a fumble … Ranked second in the Southern Conference with a team-best 12 pass break-ups – a mark that ranked the rookie tied for sixth in WCU’s single-season record books ... It was the first time a Catamount defender hit double-digit passes defended since Trey Morgan recorded 10 back in 2016 … Kent’s 12 PBUs are the most by a Catamount since Ahmed Green had 12 back in 2002 … Tallied three pass break-ups in three different games … Made his collegiate debut in the season-opener against Newberry (Sept. 1), recording four tackles … Made his first career start against VMI (Sept. 22), posting six total stops with three PBUs … Posted a career-high nine tackles in the triple-overtime thriller against nationally-ranked ETSU (Oct. 27) … Graced the watch list as a semifinalist for the Jerry Rice Award which is given annually by STATS FCS to the top freshman player … Named to the Southern Conference All-Freshman team defense by the league’s head coaches … Tagged a Freshman All-America selection by both Phil Steele and HERO Sports.

Prior to Western Carolina: Was a two-way athlete at Harrisburg High … Was a first-team defensive back on the All-State postseason team … Selected first-team PennLive defensive all-star, finishing with 27 tackles and five interceptions in the secondary … Listed as the No. 9 corner back in Pennsylvania’s 2018 recruiting class by Penn Preps through 247Sports … Caught 21 passes for 385 yards and a touchdown on offense as a senior and had 22 receptions for 287 yards and three scores as a junior … Also wrestled as a prep. 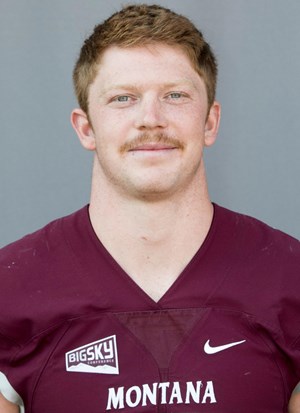