Today we'll highlight the best dual-threat quarterback in the FCS.......

2019 (Redshirt Senior): Named the Preseason Southern Conference Preseason Offensive Player of the Year and first-team All-Southern Conference at QB at the annual SoCon Football Media Day ... Named to the second team preseason NCAA FCS All-America team as released by HERO Sports ... Was dubbed third-team preseason All-America by STATS FCS and Phil Steele. 2018 (Redshirt Junior): Started all 11 games at quarterback … Amassed a school-record 3,423 yards of total offense last season, averaging 311.2 yards per game, a mark that ranked second in the SoCon and eighth nationally … Finished the year with 2,417 yards passing (7th-best single-season in program history) and a career-best 1,006 yards rushing to become just one of 11 quarterbacks in NCAA FCS history to record 2,000 yards passing / 1,000 yards rushing in the same season … He gave WCU its fourth-straight, 1,000-yard rusher … Averaged 219.7 passing yards per game to rank fourth in the SoCon and led the league with a 91.5 yard per game rushing average … He threw for 200-or-more yards seven times in 2018 and also ran for over 100 yards six times … Scored 60 points on the year while accounting for 26 total touchdowns – 16 passing and 10 rushing, the third-most in the SoCon … Collected Southern Conference Offensive Player of the Month in September for a third-straight season … Was a three-time Southern Conference Offensive Player of the Week while twice earning weekly recognition from STATS FCS and SouthernPigskin.com … Collected his first honors after throwing for 424 yards and five touchdowns at Furman (Sept. 29), recording just the seventh, 400-yard passing game at WCU … Was again honored after amassing a career-best 545 yards of total offense at Mercer (Oct. 20), the third-most offensive production in a single-game in SoCon history … Rushed for a career-high 185 yards at Mercer … Was also recognized after tossing four TD passes in the triple-overtime loss at nationally-ranked ETSU (Oct. 27) … Appeared on the Walter Payton Award final ballot a season ago, finishing 19th in the national voting … Collected second-team All-Southern Conference honors at quarterback from both the leagues head coaches and voting media … Was dubbed a second-team All-America choice as an all-purpose back by STATS FCS and a third-team All-America as the same by HERO Sports … Named preseason second-team All-Southern Conference at quarterback by the league's head coaches ... On the national preseason watch list for both the Walter Payton Award as well as the College Football Performance Awards (CFPA) National Performer of the Year.

2017 (Redshirt Sophomore): Started all 12 games at quarterback, finishing the year with 3,040 yards of total offense, just the second Catamount to eclipse the 3,000-yard mark in a single season ... Ranked second in the SoCon in total offense, averaging 253.3 yards per game ... Threw for 2,294 yards -- the ninth-best single-season in program history, while his 22 touchdown passes to set a WCU single-season record ... Eclipsed the 200-yard passing mark five times with two 300-plus passing performances ... Rushed for 746 yards and two touchdowns ... Named second-team All-Southern Conference by the league's head coaches ... Was a three-time SoCon Offensive Player of the Week selection ... Picked-up his first weekly honors of the season after tallying 377 yards of total offense including 107 on the ground and 270 through the air in the season-opener at FBS-foe, Hawai'i (Sept. 2) ... Tallied his second weekly award from the league after amassing 464 yards of total offense including a career-best 152 yards rushing and 312 passing yards in the upset win over nationally-ranked Samford (Sept. 23) ... Picked up his third weekly honor after throwing for 378 yards and three TDs against Mercer (Nov. 11) ... For a second-straight year, was named SoCon Offensive Player of the Month in September after accounting for 12 TDs, 11 through the air in the month ... Selected to the HERO Sports Sophomore All-America team ... Selected to the preseason third-team All-Southern Conference by College Sports Madness.

2016 (Redshirt Freshman): Played in all 11 of the team's games, making 10 starts at quarterback missing the first quarter at Mercer (Oct. 15) for a violation of team rules ... Passed for 2,568 yards on the season, a mark that ranked third in the SoCon and 28th nationally -- it was also the fifth-best, single-season performance in school history for a QB ... Completed 217 passes, the fourth-best single-season in WCU history ... His 233.5 passing yards per game average ranked third in the SoCon while his 135.7 passer efficiency and 266.0 total offense average ranked fourth in the league ... Tossed 15 touchdown passes, adding one on the ground in addition to a total of 358 rushing yards ... Set a school record with 510 yards of total offense including a career-best 427 yards passing and 83 rushing yards in the home win over Gardner-Webb (Sept. 10), matching a school benchmark with five passing touchdowns ... His 510 yards of total offense in a single-game also represents the fifth-best in SoCon history ... For his efforts, he garnered SoCon Offensive Player and STATS FCS National Freshman of the Week accolades following the victory over the Runnin' Bulldogs ... Threw for 343 yards and two TDs against ETSU (Sept. 17) in a game held at the Bristol Motor Speedway, while also eclipsing the 300-yard passing mark with 384 yards at Mercer (Oct. 15) ... Named the SoCon's Offensive Player of the Month in September, leading the league in passing yards (312.3 yds/gm) and total offense (369.4 yds/gm) through the first month of the season ... Named the 2016 Southern Conference Freshman of the Year by both the league's head coaches and voting media ... Selected to the SoCon All-Freshman team ... Finished fourth in voting out of 23 national finalists for the STATS FCS Jerry Rice Award given to the national freshman of the year ... Tabbed first-team Freshman All-America by HERO Sports, leading all rookie quarterbacks in passing yards ... Threw for 272 yards on 17-of-29 passing with two interceptions and a pair of touchdown passes in WCU's annual Spring Game ... Despite being in the protective gold jersey, Adams added 34 rushing yards including a scrimmage-long 22-yard rush on a scramble.

2015 (Freshman): Traveled or dressed each week, but did not see game action, taking a redshirt ... Led five scoring drives in WCU's annual Spring Game, tossing three touchdown passes ... Completed 15-of-21 passes for 146 yards and three TDs, adding 59 yards rushing on eight carries in the final spring scrimmage ... Participated in indoor track & field where he was the SoCon men's champion in the high jump, clearing 2.09-meters ... Also finished eighth in the SoCon in the long jump (6.85m), scoring points for the conference championship team ... During the outdoor season, won the SoCon high jump title after clearing 2.11m (6-11.00) while finishing fourth in the long jump ... Qualified for the NCAA East Preliminary Round ... Missed the school record in the high jump by a quarter of an inch in his outdoor debut at the Beynon Sports Catamount Classic after clearing 2.14m (7-00.25).

Prior to Western Carolina: Three-sport standout in high school, recruited as a football quarterback and in the high jump in track & field while also playing basketball ... Named to the Tampa Tribune's All-Pinellas County football second team as an athlete ... As a senior, threw for 2,802 yards and 30 touchdowns including a career-high -- and county record -- 598 yards and six TDs on 36-of-55 passing against Tarpon Springs, adding 109 rushing yards and another score ... Recorded 505 passing yards in a game as a senior while earning BHSN Athlete of the Week honors after throwing for 448 yards and four TDs in a win over Seminole HS ... Was a third-team Class 6-A All-State Elite team selection in 2013 ... Was named first-team All-Tampa in track & field in the high jump after finishing third at Class 3-A state meet ... Had the area's top height at 6-10 during the season. 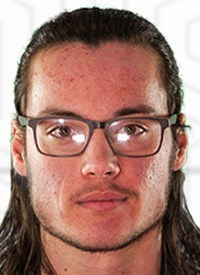 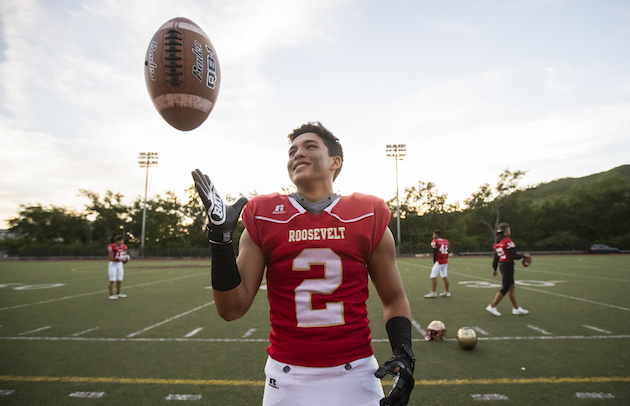