Career: Enters his senior season with four career interceptions, tallying two apiece as both a sophomore and junior, with six career pass break-ups … Has 31 career tackles including three for losses.

2018 (Junior): Played in 10 of the team’s 11 games on the season, missing the Chattanooga game while making two starts in the defensive secondary … Finished the year with 22 total tackles including 14 solo stops and two tackles for loss … Tallied a season-high five tackles twice, making four solo stops as a part of his five tackles against The Citadel (Nov. 3) with three solo tackles among his five at North Carolina (Nov. 17) … Recorded two interceptions including one in the second quarter at No. 25 ETSU (Oct. 27) and the second with a 12-yard return at North Carolina (Nov. 17) that ultimately set-up a second-quarter field goal … Tallied two pass break-ups … Also credited with forcing a fumble against The Citadel (Nov. 3) with a fumble recovery coming at UNC ... Named to the 2018-19 Southern Conference Academic Honor Roll.

2017 (Sophomore): Saw action in 11 of the team's 12 games on the season with one start coming against VMI (Oct. 21) ... Finished the season with nine total tackles including four solo stops and one tackle for loss coming against VMI ... Named Southern Conference Defensive Player of the Week on Oct. 16 after recording a pair of interceptions - the first of his collegiate career - to accompany a pair of tackles in the home victory over ETSU (Oct. 14), in which he saw the most extensive playing time of his career ... Returned his first career interception 41 yards for a touchdown in the third quarter against the Bucs ... Set-up another WCU score by returning his second pick 56 yards to the six-yard line ... Was additionally nominated for the FCS Hero of the Week through a vote by HERO Sports ... Intercepted two passes to highlight WCU's annual Spring Game ... Named to the 2017-18 Southern Conference Academic Honor Roll.

2016 (Freshman): Played in five of the team's 11 games on the year, mostly as a defensive reserve ... Made his first collegiate start against Chattanooga (Oct. 28), recording his first career tackles ... Finished with four tackles including two solo stops coming against VMI (Nov. 5) and at Furman (Nov. 12).

Prior to Western Carolina: Two-time All-SoMeck 8 Conference selection ... Garnered second-team defense accolades on the All-Charlotte Observer team ... Was listed on the South Charlotte "20 to Treasure" list following his senior season which ended with him garnering the publication's Defensive Player of the Year honor ... Posted 56 tackles including six TFLs, a sack, eight interceptions and 13 pass break-ups as a senior ... On offense, caught 24 passes for 98 yards and three scores ... Set as a junior and then matched as a senior a school-record with eight INTs in a single-season ... Also tallied a career-best three interceptions in a single-game ... High school coach was Rocky White.

Re: 9 Days to FCS Kickoff 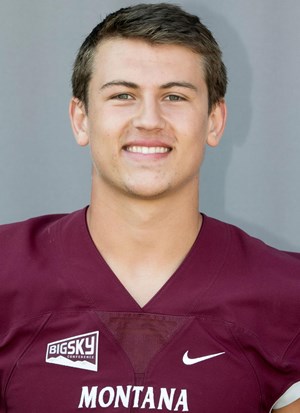