2018 (Freshman): Saw action in four of the team’s 11 games on the year between special teams and as a defensive reserve, remaining eligible for a redshirt … Made his collegiate debut against Newberry (Sept. 1), recording his first career tackle … Finished the year with three total tackles including two solo stops … Also posted tackles at Samford (Oct. 6) and at North Carolina (Nov. 17).

Prior to Western Carolina: Was a four-year varsity letter winner … Was a two-time All-Region selection, collecting first-team All-Region 5-6A plaudits following his senior year and honorable mention as a junior … Finished with 34 tackles as a senior including 24 solo stops … Recorded one interception and nine pass breakups in his final year as a prep, adding a fumble recovery … Also tallied 49 all-purpose yards on kickoff and punt returns … Listed as a two-star recruit by both Rivals.com and 247Sports.com ... High school head coach was Johnny White.

Personal: Full name is Charles Amil Gadie … Is the son of Chucquel Davis and Gerald Gadie … Is one of six children: Jerry, Paris, Page, Chloe, Amir, and Amar … Is originally from Detroit, Mich.

Re: 6 Days to FCS Kickoff 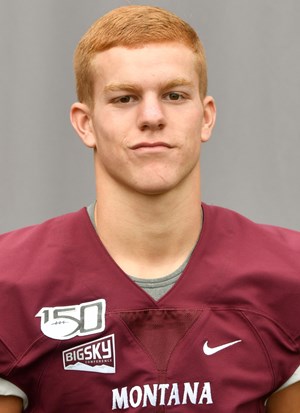 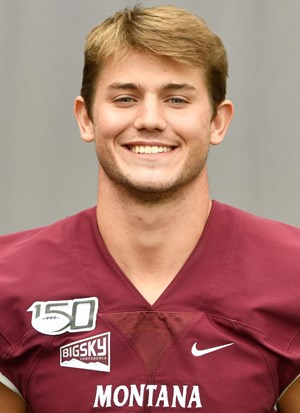 Re: 6 Days to FCS Kickoff

2019 as a Redshirt Senior: CFPA FCS National Performer of the Year Watch List.

2018 as a Redshirt Junior: Started all 13 games... Third Team All-CAA quarterback... CAA Offensive Player of the Week (Nov. 12)... Completed 211-of-309 pass attempts for 2,275 yards and 16 touchdowns, with 12 interceptions... Also rushed for 433 yards and a team-best 9 touchdowns, averaging 4.0 yards per carry... Ranked third nationally with a 68.3% completion percentage... Also ranked tied for second in the CAA in rushing touchdowns... Threw for a career-high 316 yards against Elon (Oct. 6)... Tossed a career-best four touchdowns against Rhode Island (Nov. 10)... Threw three touchdown passes against Robert Morris (Sept. 13) and at Richmond (Sept. 29)... Career-high five total touchdowns twice, adding two rushing scores in RMU win and one rushing TD vs. URI... Ran for career highs of 104 rushing yards and three rushing scores at Towson (Nov. 17)... Threw for over 200 yards in four games and rushed for over 60 yards in four outings... Completed more than 70 percent of his passes in six games, including a career-high 85.2% rate in season opener at NC State on 23-of-27 passing... CAA Football Commissioner's Academic Honor Roll... CFPA FCS National Performer of the Year Midseason Watch List.

Prior to JMU: Transferred to JMU after spending three seasons at Pitt… Redshirted true freshman season before playing in 12 games over the next two… Made six starts at quarterback as a redshirt sophomore... Was 88-of-158 for 1,091 yards with five touchdowns and five interceptions as a sophomore... Also rushed for a touchdown and two-point conversion – both against Penn State… Came off bench to throw for a season-high 228 yards (13-of-25) and a touchdown against Oklahoma State… Made first career start the next week, going for 110 yards and a TD at Georgia Tech… Had season highs for both completions and attempts versus NC State, throwing 19-of-32 for 170 yards and score... Appeared in two games as a redshirt freshman, including throwing a touchdown in the Pinstripe Bowl against Northwestern.