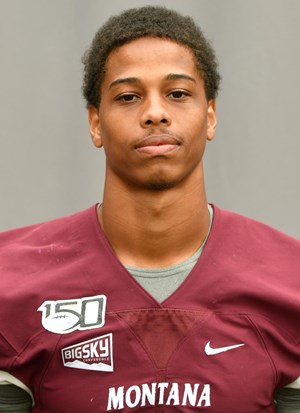 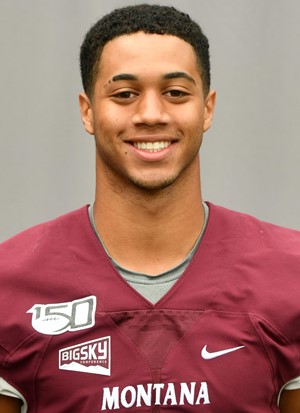 Re: 3 Days to FCS Kickoff


2018 (Redshirt Freshman): Converted to wide receiver during the off-season … Saw action in nine of the team’s 11 games at receiver and on special teams … Finished with six receptions for 55 yards including a long of 24 yards … Made his collegiate debut against Newberry (Sept. 1) in the season-opener … Caught a career-best two passes twice at Samford (Oct. 6) and Wofford (Nov. 10) … Caught his career-long reception of 24 yards in his lone catch at North Carolina (Nov. 17).

2017 (Freshman): Did not see game action, taking a redshirt.

Prior to Western Carolina: In two seasons as the starting quarterback, threw for 4,980 yards and 47 touchdowns in leading Cane Ridge High to a 20-4 record ... As a senior, completed 185-of-297 passes for a school single-season record 2,907 yards, setting a school benchmark with 28 touchdowns against seven interceptions, leading CRHS to an undefeated regular season, a Region 6-5A title and the program's first two playoff victories ... Collected Region 6-5A Offensive MVP plaudits, as well as all-region offensive player of the year honors ... Became the first player in CRHS history to receive the 2016 William E. Hume Award which is given annually to the top football player among Metro Nashville schools ... Also received the Hancock/Nipper football sportsmanship award from the Nashville City Civitan Club ... Was listed as a two-star athlete by 247Sports.com ... High school head coach was Eddie Woods.

Personal: Full name is Dakarai Jashaun Thorpe, but goes by "DJ" ... Is the son of Kalvanetta and William Thorpe ... Has a younger sister, Laiya.

Re: 3 Days to FCS Kickoff Prior to JMU: Transferred to JMU after spending four seasons at Penn State (2015-18) and will have one year of eligibility… Appeared in 40 games, making 10 starts for the Nittany Lions… Recorded 27 receptions for 367 yards and four touchdowns while rushing for 159 yards and a score… Had nine catches for 162 yards and two touchdowns in 2018, starting in seven of his 10 games… Had a career-high 55 receiving yards against Kent State, which included a career-long 41-yard touchdown… Also had a 34-yard score at Pitt… Had 10 catches for 130 yards and a touchdown in 2017… Career-best three receptions against Northwestern and scored touchdown against Georgia State… Received medical redshirt after being injured three games into 2016… Had six catches for 57 yards and a touchdown while rushing for 159 yards and a TD in 2015, appearing in 13 games with three starts… Rushed for 50 yards at Temple, with a long of 33… Ran for 45 yards and first career touchdown on a 33-yard carry against Buffalo… First career touchdown catch vs. Indiana on a 39-yard reception.
https://jmusports.com/roster.aspx?rp_id=15807
Top
Post Reply
3 posts • Page 1 of 1