2018 (Redshirt Junior): Started all 11 games at wide receiver, making his WCU debut in the season-opener against Newberry (Sept. 1) … Led the team with 55 receptions, ranking fifth in the Southern Conference (55) and sixth with 5.0 receptions per game … Finished second on the WCU team with 600 receiving yards … Caught at least two passes in all 11 games, twice hauling in eight receptions and posting a career-high 10 catches for 90 yards at Mercer (Oct. 20) … Posted three games with 100+ all-purpose yards, adding 52 yards on three kickoff returns to 61 receiving yards on eight catches for a career-best 119 all-purpose yards at Furman (Sept. 29).

Prior to Western Carolina: Transferred to WCU from Charlotte prior to the spring, 2018 semester … Signed at Charlotte as part of the 49ers fourth signing class in 2015 … Redshirted as a true freshman in 2015 … Played in 24 games over two seasons at Charlotte, recording 22 receptions for 146 yards … Additionally saw time on special teams, returning three kickoffs for an average of 23.3 yards per return … Was also the primary punt returner in 2017, tallying 81 yards on 16 returns in his second season;

High School: Was listed as a two-star recruit out of high school by both ESPN.com and Rivals.com … Selected to the 2014 Shrine Bowl of the Carolinas, the first player to ever do so from his high school … Was a three-time all-conference selection, twice earning Special Teams Player of the Year plaudits in addition to All-State honors … Finished his prep career as HRHS’s single-season and career record holder for all-purpose yards, touchdowns, punt, and kickoff return touchdowns, receiving yards and receiving touchdowns ... High school coach was Marty Paxton.

Personal: Is the son of Andrea and Jeff Mullen … Has two sisters, Rami and Maggie … Comes from a football family as his father, Jeff, was the former offensive coordinator and QB coach at Charlotte with previous coaching stops at Ohio, Wake Forest, and West Virginia with his first collegiate stop at Hawai’i as a graduate assistant … Jeff was also a 1989 All-America selection at defensive back at Wittenberg Univ., in Ohio.

Re: 2 Days to FCS Kickoff

JMU’s #2 LB Dimitri Holloway, one of 5 returning All CAA/4 pre season All Americans on JMU’s defense. 2017 as a Junior: Received a medical hardship waiver to earn a redshirt and additional year of eligibility... Played in just one game before an injury sidelined him for the rest of the season... Had six totals tackles (2 solo), to go with a 0.5 tackle for loss in season opener at ECU (Sept. 2).

2016 as a Sophomore: Played in 12 games, making nine starts at linebacker... Had 53 total tackles (22 solo), to go with 4.0 tackles for loss, 1.0 sack, one forced fumble, two quarterback hurries and a safety... Season-high 16 tackles, which included a career-best 10 solo stops, in JMU's FCS semifinal win at No. 1 North Dakota State (Dec. 16)... Career-high 2.0 tackles for loss against Sam Houston State in FCS quarterfinals (Dec. 9)... Registered a safety versus SHSU, sacking Jeremiah Briscoe in the end zone... Tallied five or more tackles in six games... Made eight tackles against Central Connecticut (Sept. 10) and six at Maine (Sept. 24)... Opened season with five tackles, 1.5 for loss and a forced fumble versus Morehead State (Sept. 3).

2015 as a Freshman: Played in all 12 games... Had 19 total tackles, including 13 solo, to go with 1.0 tackle for loss, 1.0 sack and one pass breakup... Season-high six tackles (five solo) in first career game against Morehead State (Sept. 5)... Accrued two or more tackles in four games, including four against Lehigh (Sept. 12) and three at Elon (Oct. 17)... Registered first collegiate sack and pass breakup in win over Lehigh.
https://jmusports.com/roster.aspx?rp_id=15616
Top

Re: 2 Days to FCS Kickoff 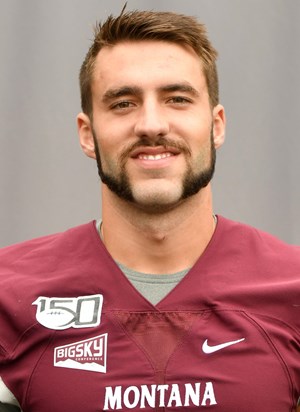 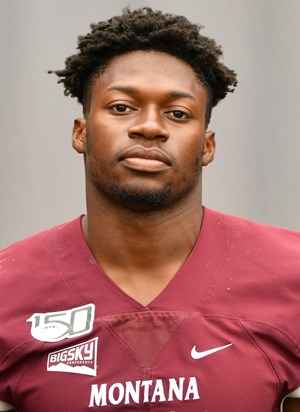